Night of the Living Head!

P.S. Did we mention this theater may be haunted? (for more about the theater's ghosts.)
No comments: Links to this post

SPIRITS with SPIRITS is BACK!!! 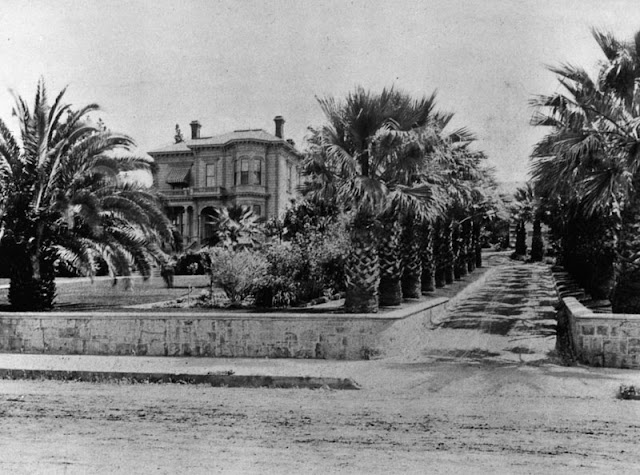 (Above-the William H. Perry Residence as it appeared a century ago in Boyle Heights.)

GHOULA'S HAUNTED HOUSE TOUR!
(Who wants to go inside a haunted house?)

Due to the restrictions of this 142 years old historic landmark, we will only be able to bring small groups into this house, and we only have allowed access to three haunted areas inside the walls of this protected building.

NOTE: This is not a themed "haunted attraction" with special effects and costumed actors, nor is it a "ghost hunt" with psychics and equipment to record the presence of spirits. This is an evening of story-telling and an exploration of the buildings haunted lore... Simply put, This is an actual tour of an actual haunted house.

In a city known for its architecture, "house tours" are a common occurrence in Los Angeles. Although, there are many historic homes throughout the South-land with docent-led tours (who may mention rumors of hauntings), this in the very first "house tour" conducted in our city, where the focus is entirely on the ghostly inhabitants.

The "residence with the phantom presence" in question is the stately former home of William H. Perry (the largest house in Los Angeles when it was built in 1876), which is currently part of the Heritage Square Museum in the Arroyo Seco corridor. If you have ever taken the Pasadena Freeway (The 11O) between Downtown and Pasadena, then you have most likely seen it against the hills, next to the parkway, with the protected cluster of Victorian-era buildings. If you have ever wanted to pull off the freeway, go beyond those gates, and hear the strange stories the docents don't tell you. This is your chance...

Come join us on this one-of-a-kind HAUNTED HOUSE TOUR... if you dare!
...And if you dare, that house you normally drive past, will never look the same again!
No comments: Links to this post