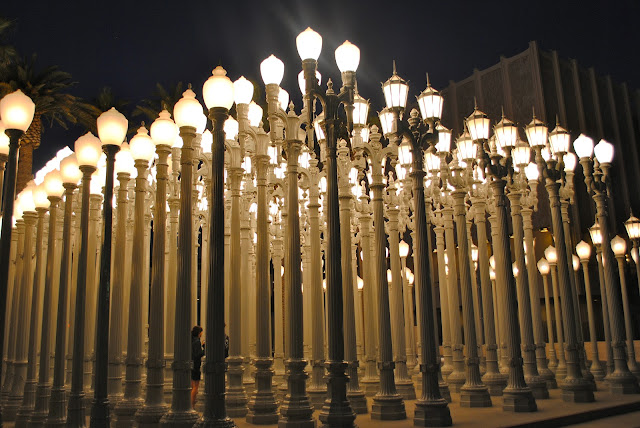 GHOULA meets for cocktails in haunted places on the 13th of each month. “SPIRITS with SPIRITS” is a casual social gathering of regional ghost hunters and those that just like ghost stories. Open to all, from the curious skeptic to the passionate phantom pursuer. Make friends, and toast a ghost! Let's put the “Boo!” back into “booze.”

All those who attend will receive a free (square) G.H.O.U.L.A. button. If you already have one, please wear it so others can find you, without asking the staff about our group.

Part of GHOULA's mission statement concerns the preservation of greater L.A.'s rich haunted history, so we feel its necessary to document some ghost stories of a local landmark that is soon to be demolished, and erased from our local landscape.

Granted, the section of Whilshire Blvd's "Miracle Mile," which is home to the Los Angeles County Museum of Art (LACMA) could spontaneously explode at any moment, reducing all eight buildings into rubble, thanks to the flammable methane gas trapped underground that sometimes bubbles up into the adjacent tar pits. (This happened to another nearby building in 1985.) LACMA's can't wait that long to get rid of a few structures.

Last month, LACMA announced they will tear down the last of the beige buildings from its original 1965, Pereia-designed complex to make way for a whole new thematic museum campus that resembles the black pools of death that made its location famous. Just as the redundantly titled "La Brea Tar Pits (which gets even more redundant when people say "The La Brea Tar Pits") has preserved specimens from the Ice Age that fatally mistook the pits for water holes, one hopes that some of the folklore surrounding this local institution will also be preserved...

The old Ahmanson Building (which towers above Ray's and Stark Bar), has a haunted floor... the 3rd floor. It is said that the staff does not like to be up there after hours. People have seen a ghostly woman in a white dress with a long train of fabric following her as she wanders the rooms, or they just see the end trail of fabric, slowly moving along the floor, disappearing around a corner (and when they look around the corner no one is there).

Some also claim that the statue on the East side of the elevators will move when viewed in the reflection of an nearby antique mirror. The elevators, themselves, also seem to have minds of their own and always go to (or stop on) that floor on their own. So, one working alone on that floor will continually see the doors opening and closing, accompanied by the announcing bell. Most believe the strange happenings are more likely to be connected to the very old/ancient artifacts on display than to the building itself (so, maybe the ghosts will follow the objects to the new building).

The oddest story GHOULA heard about the third floor comes from a security guard, who said on his first day on the job (before he knew the floor's reputation), he was stationed in front of the bank of elevators on the 3rd floor, with the instructions to make sure people from a private party on the ground floor didn't wander on to that floor. At one point he saw his manager walk past him and down the hall into a darkened room (oddly the only room with no lights on).

Although there are many emergency exits (with stair wells) on that floor, the only way to exit that floor without setting off an alarm are the elevators or the stairs next to the elevators, where the guard stood. So, after a long stretch of time had occurred and the manager had not emerged from the darkened room, he decided to investigate.

The guard said that as he stepped into the darkness, he felt a chill that caused him to step back into the light. Thinking that his imagination was playing tricks on him (especially with all the creepy religious art on the walls), he laughed and proceeded into the darkness. Not only had his manager disappeared, but as he was leaving the space he felt two invisible hands push him out of the room.

Strangely, that manager didn't show up for work the next day or any other day after that. That incident on the 3rd floor was the last sighting of him. It was assumed he quit without telling anyone,... but who knows.

Also, in the Leo S. Bing Theater in the Bing Building on the East side of the campus, some museum staff claim to have seen the phantom of an elderly woman who sits in the back SW corner of the auditorium, who also vanishes into thin air when approached. Perhaps she is a former patron of LACMA's senior matinees.

Additionally, there are possibly as many as three other ghosts that roam this square block that luckily will not be threaten by the wrecking ball...

It is rumored that LACMA West's 1939 art deco building (formerly the May Co.) is the home to a couple of spirits, and by "couple," we mean married ghosts (husband and wife).

The legend is that back in the days when it was a department store, there was a pink restaurant/tea room for customers upstairs with a view of the city (the windows can still be seen from Fairfax Ave.), one day while a Culver City woman was playing card games with friends over snacks, her husband stormed in, pulled out a gun and shot her at point blank range just before turning the gun on himself. Supposedly, the other women present at the table, as well as other regular card players, later asked the police if they could go back into the crime scene to finish their game. This story is so widely told that it is even on LACMA's website.

Lastly, there are the disembodied screams heard from the park late at night, where the tar bubbles up that are believed to be the death cries of the "La Brea Woman," the victim of Los Angeles' oldest unsolved murder case (nine thousand years old).

So, come out to this outdoor bar in LA's  deadliest city park, and have a drink on the sight where millions of living creatures met their death attempting to have a drink... if you dare.

(to read about last month's haunted location... )
(to see a map of previous SPIRITS with SPIRITS locations... ) 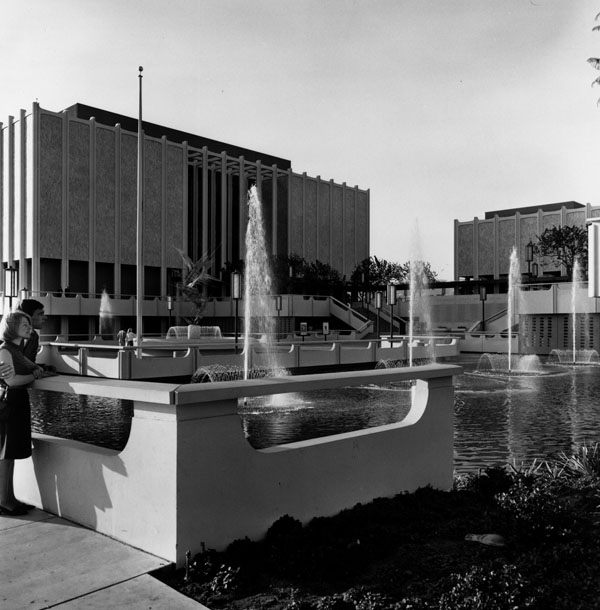