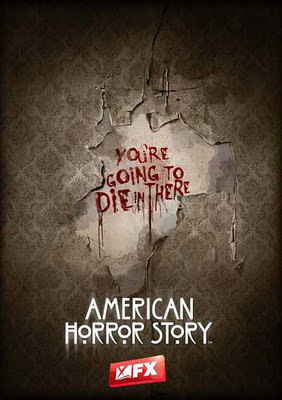 The Paley Fest this year will feature the cast and crew of the (LA-centric) TV Drama, American Horror Story for an in-depth discussion of the program.

The Harmons see dead people. The exceedingly troubled family at the epicenter of this outlandish spine-chiller from FX—“arguably the season’s sexiest, scariest, strangest show” per TV Guide—has moved from Boston to L.A., hoping to begin anew after a miscarriage and an affair, but their adopted home is a house of horrors flush with dead, tortured souls, all of the malevolent variety. The show, from Glee’s Ryan Murphy and Brad Falchuk, was highly anticipated and hasn’t disappointed; three-plus weeks after its October premiere, trick-or-treaters were masquerading as one of its characters, the Rubber Man. Much credit goes to the cast, including Dylan McDermott and Connie Britton (the Harmons); Taissa Farmiga (daughter Violet); and Jessica Lange (their sinister and completely batty neighbor).

In Person Panel to be announced.