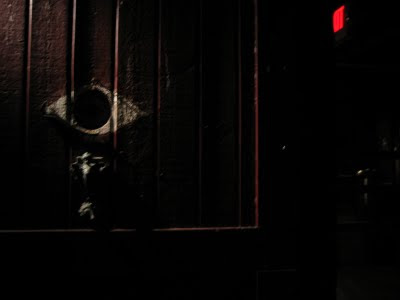 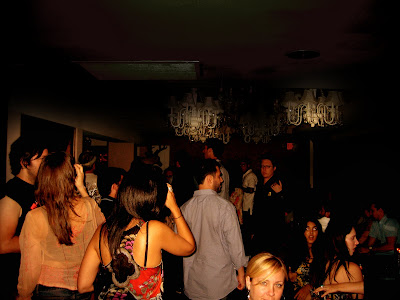 Thank you all who came out to the Basement Bar. This subterranean bar was filled with people wearing the GHOULA buttons. Thank you to the Santa Monica Lookout for the article they published about our event. (to read the article...)

On a previous visit, the bar staff recommended that GHOULA come back and talk to the the staff of the "restaurant" upstairs, which was busy with a private event that day. So, GHOULA was at "The Victorian" earlier in the day on the 13th, and talked to a woman in the office, who said that upstairs (as in the restaurant above the Basement Bar), they do not talk about "Delia," and they do not discuss the ghosts of the house. Apparently, this policy is because many people choose this beautiful Victorian home by the beach to be the location of their wedding, and the upstairs management fears that couples will not want to be married in "haunted house."

When GHOULA arrived for SPIRITS with SPIRITS (and as all those in attendance saw) the upstairs was filled with people enjoying a romantic diner in the house. When asked, the upstairs bartender said that they are open for dinner every night of the week (unless there is an event). Perhaps the woman in the office just didn't want us to come back.

When asked about ghosts, the upstairs bartender said that he had never seen anything. However, when we asked the a waitress, she said "no," but wished she had had an experience like "some people," and she discreetly pointed at the bartender. So, it would seem he had experienced something after all, and just didn't want to tell his story, or as indicated earlier... maybe the upstairs staff is not allowed to discuss the ghosts.

Luckily, downstairs no such rules exist, and our bartender for the night in the Basement Bar shared his personal story with members of our group. He claimed that late one night, after hours, he and another staff member heard footsteps overhead on the floor above them. Knowing that the building was locked up, and they were the only ones there, they went up to investigate. Once satisfied they were indeed alone, they returned to the basement only to hear the the footsteps again.

Lastly, for what its worth, one of the members in attendance "received" the word MASTER on her ghost hunting app on her iphone. Could that be a reference to Mr. Kyte, the original owner of the house, who was the "master" of the Southern California Masonic lodges?

(to read more ghost stories about this location...) 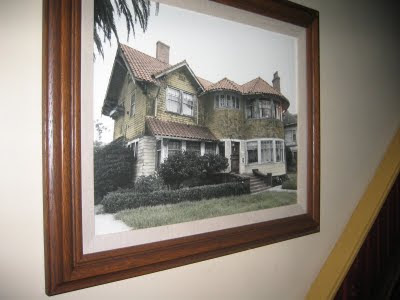